STAD S.r.l. is part of an industrial group formed by companies active in the field of weighing, automation and industrial dosing.

Founded in 1999 together with Elle K Automazioni, company specialised in industrial automation, STAD has seen constant growth over the years, with steady increases in the number of operators, employees and revenues. In 2010 the group added StadCert, company specialising in the testing, calibration, validation and sale of accessories for metal detectors, x-rays and weighing systems. 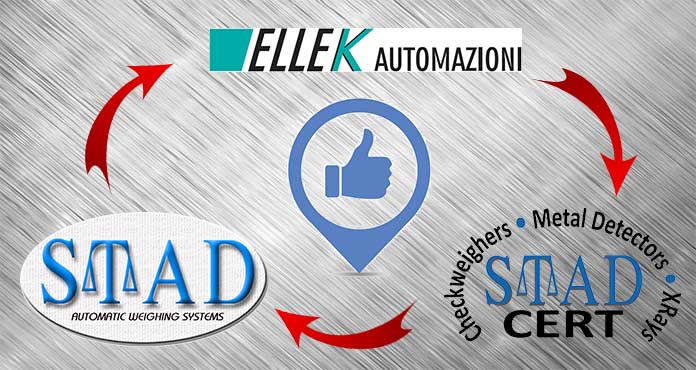